Hello everyone and welcome back to the Part 4 of the Ground Combat series! In this article we are gonna take a quick look at the various planets and terrains in the Star Wars Universe, as well as some basic world building!

What is interesting about the planets in Star Wars is that  most of them are made up of a single dominant biome. Although this may seem limiting at first, each planet does manage to bring their own uniqueness and identifying features that makes them stand out. For example, in the Films (so far) we see two desert planets in the form of Tatooine and Jakku. Although on the surface they are simply desert planets and one could be a rip-off of the other, that is far from the truth. Jakku is home to the last and decisive battle between the Rebel Alliance and The Galactic Empire, the planet’s surface is littered with wrecked capital ships and vehicles! Tatooine on the other hand, is a vast wasteland home to Gangsters and Farmers while the landscapes and sand dunes shelter certain creatures such as the Mighty Sarlacc!

Although you are limited to your imagination, it is always good to have a basis for what you may want. As seen in any Canon or Legends material, most Planets and Moons are represented as either:

There are still various planets and terrain type out there, which is why we will be introducing a new series called “Planet of The Week”! Each week we will be posting about a different planet or moon from the Star Wars Universe; each article will go into detail about the terrain type, what we can find there, and how to build props to translate it onto your Table! Some planets will even come with fun and thematic scenarios based on either existing content or simply fun new missions!

Building Your Own Star Wars World

Old and Worn Out

Star Wars has a very distinct visual aesthetic which sets it apart from every other Sci-Fi property. Star Wars has a very dirty and worn out feeling to it; every single vehicle, prop, and building looks like it has seen use for years, which in a way, gives us a much larger sense of realism. Little details such as grease stains, rusty patches, dirt, etc help sell the look and make it a little more identifiable. Some recurring visual themes usually range from “The years have not been kind” to “Broken and repaired” all the way to “a functional piece of junk”. In the end, if your props look dirty or look like they’ve seen hell then you’re on the right path. 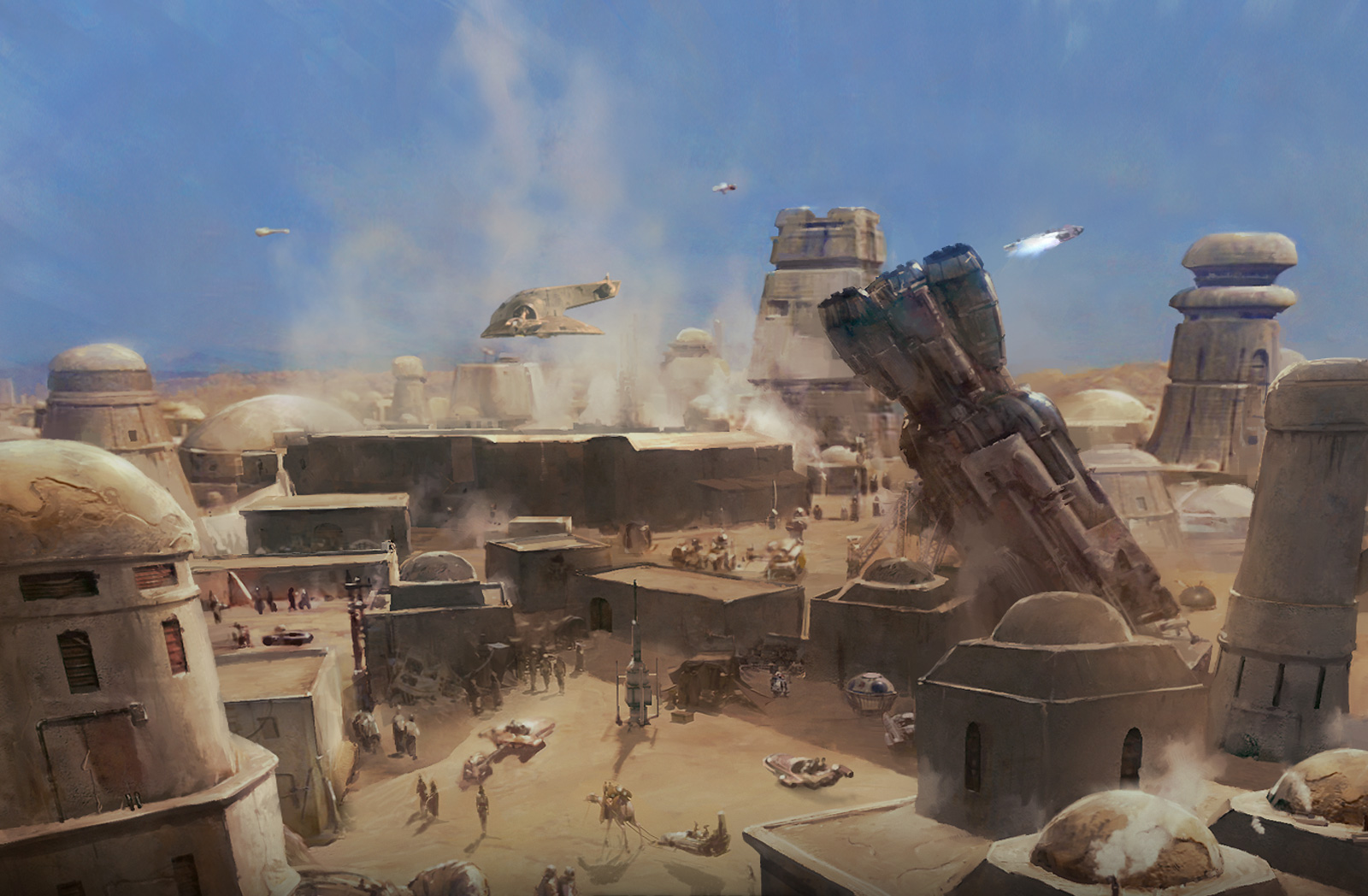 Another important element of the Star Wars Aesthetic is “Retro Futurism”. In the simplest terms, Retro Futurism is a visual style where the future is depicted as it was back in the 40s and 50s. It tends to borrow a lot of elements from those time eras except adding a certain futuristic spin to it, usually it tends to be something circular. To better understand Retro Futurism, you’d be better off looking it up on google images or even looking at the old Ralph McQuarrie art for Star Wars. 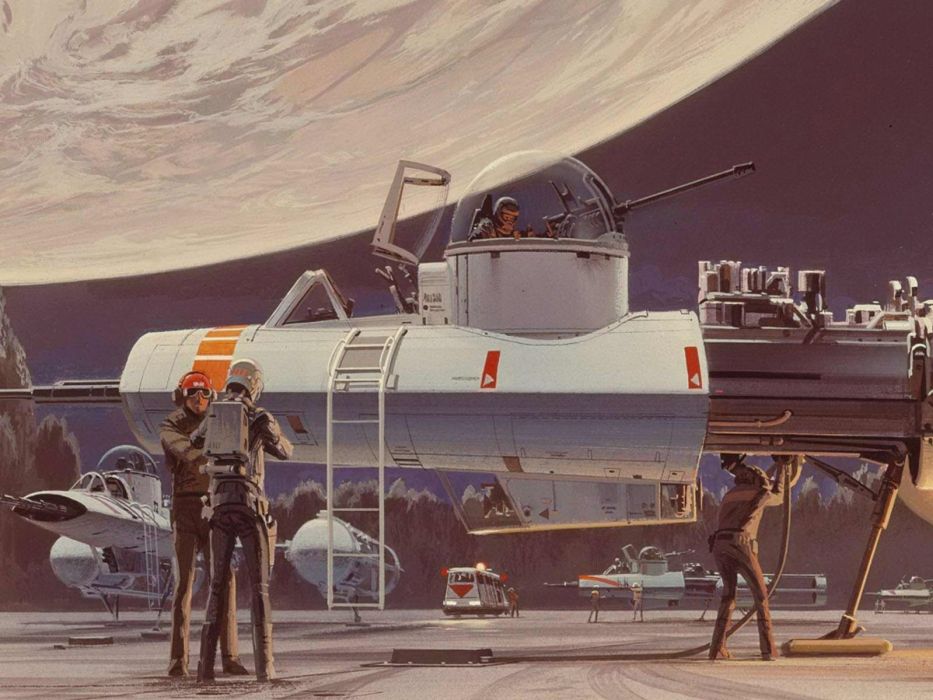 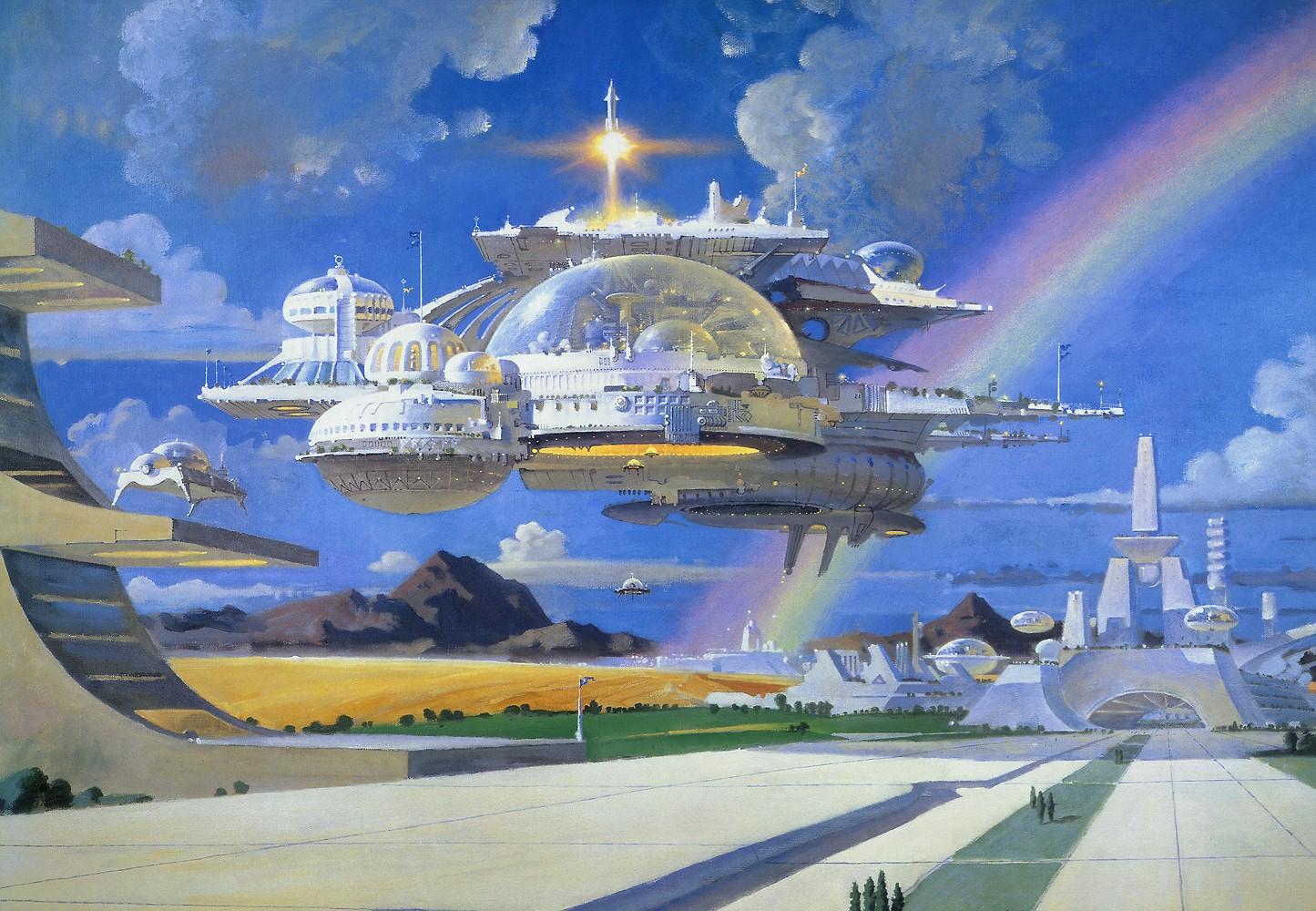 Key elements would include large towers and pyramid like structures, domes and ball like structures on top a pillar or tower, tall glass windows and structures, etc. It would also be a good idea to adapt certain elements and themes used specifically during World War 2 when capturing the look.

Familiar Yet From Another World

For those who may not know, a lot of the props, costumes and set pieces in the original Star Wars movies were actually re-purposed equipment, weapons, and uniforms from World War 2. When designing your props, it is always a good idea to try and reference old WW2 material, be it from bunkers to weapons, it is always important to keep those roots there.

Hell, even the dog fighting in Star Wars is extremely similar to WW2 Dog fighting.

When creating props that are Empire specific, it is always important to add a twinge of German or Japanese influence, for example you can use large red banners with a black and white Empire or First Order logo with little black and white accents. 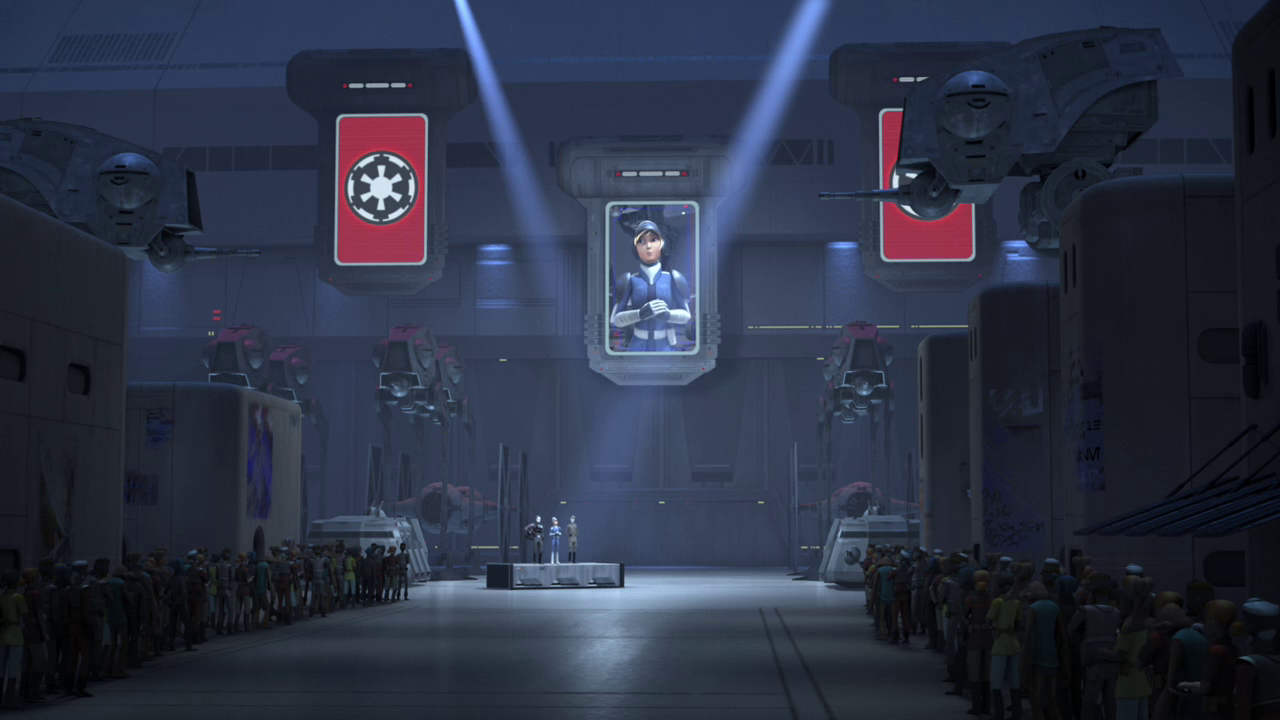 When creating props that are specific to the Rebels, you can either use Russian or American influences (either World War 2 or even Vietnam War) or you can re-purpose the Imperial props but you would want to add a lot more battle damage, burned banners and crudely painted Rebel Alliance logos. 1 key element to really sell something as belonging to the Rebels is making it look barely functional or old even by Star Wars standards. 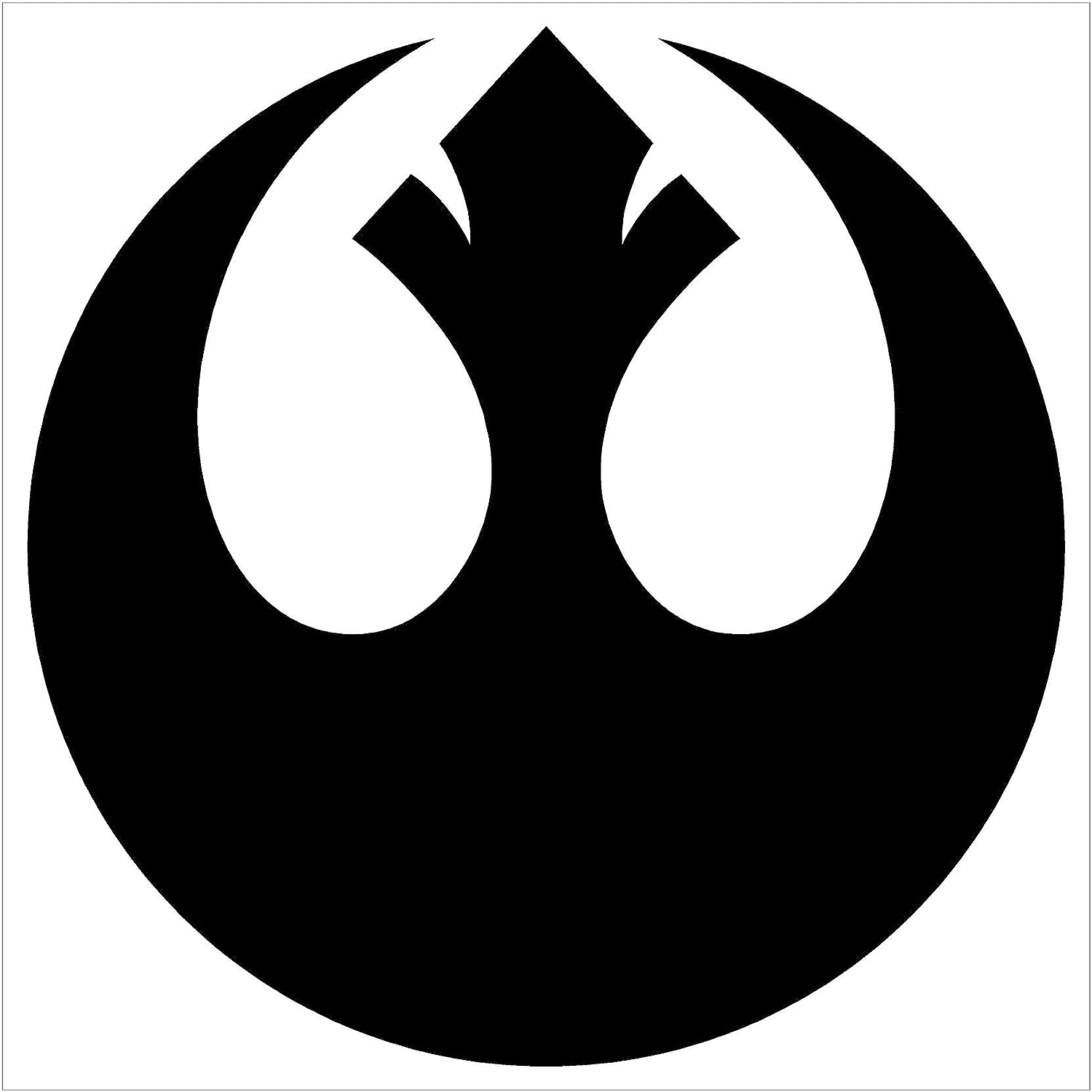 These are all examples of logos used by the Rebellion

Finally, we cannot forget the Scum Faction. For them, you would want to pretty much copy the Rebels except you need to take a couple of extra steps. You basically want to do two extra things: 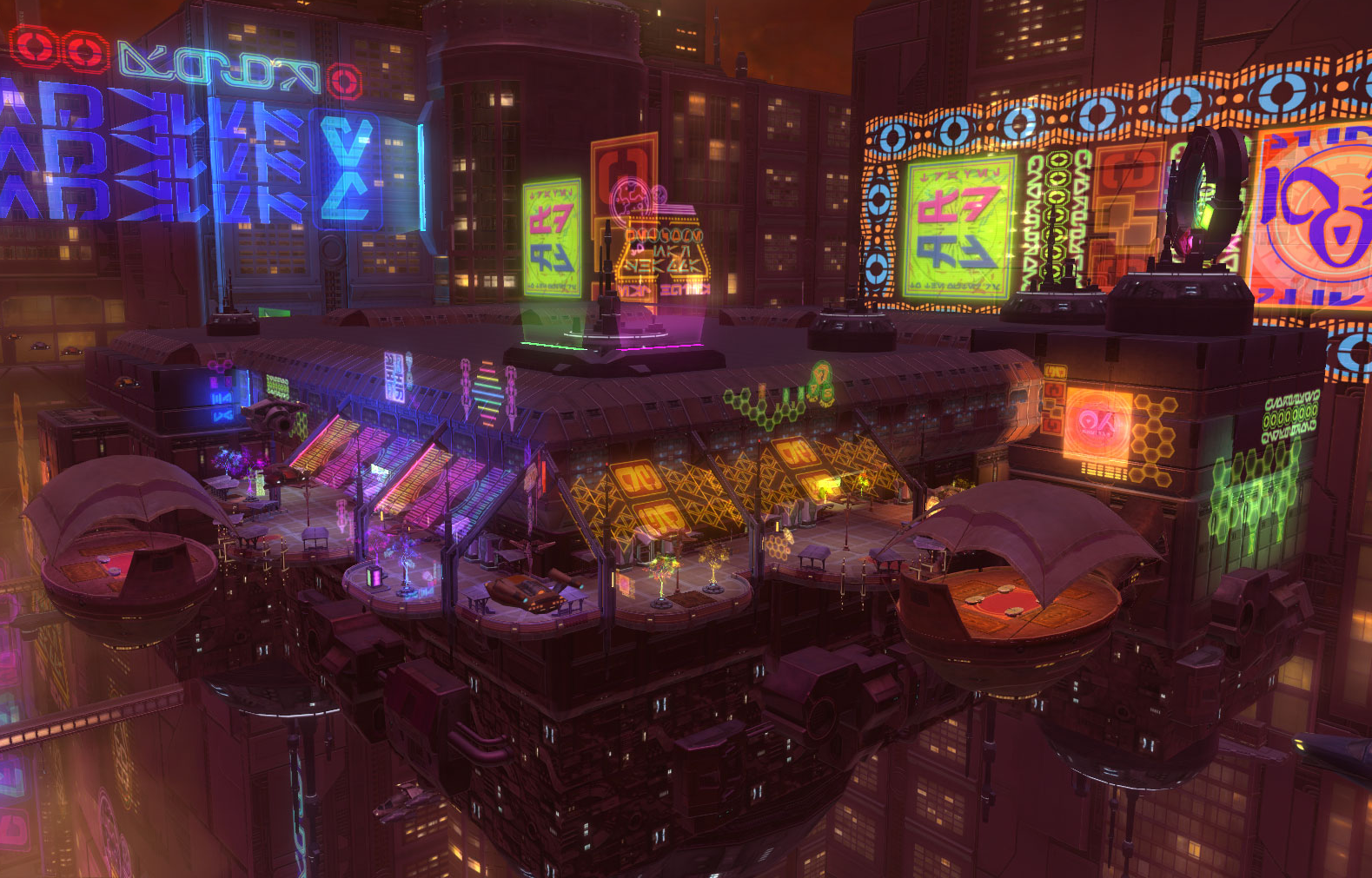 2. You need to be associated with some sort of Gang or organization. In the game,                   there are already certain Gang factions such as the Black Sun and Binayre Pirates,             although you do not wanted to be limited to just those two since there are hundreds of different gangs. 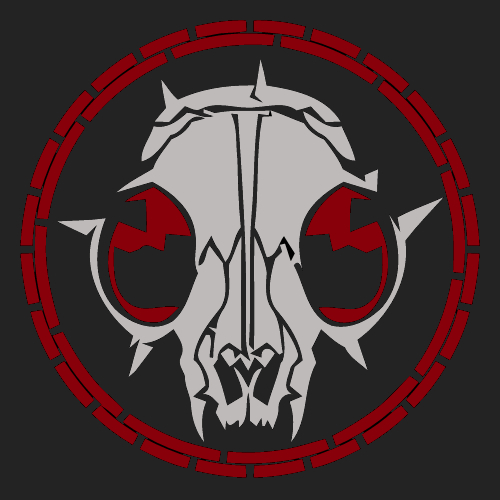 Well those are the basics of bringing a little piece of Star Wars onto your table, next week we will start with Planet of The Week and dive in a little deeper!

Until then, Fly Casual!

5 thoughts on “Ground Combat IV: Planets and the World of Star Wars”